I recently came across a pair of articles that deeply explored the failure of two companies to respond to the challenges facing their industries. The industries in question, booksellers and newspapers, have received a great deal of attention over the past year, but in diving into the history of both industries, and seeing how two companies (Borders and The San Jose Mercury News) failed to adjust as the ground shifted under their feet, valuable insight can be gained.

Recounting victory is fun.  If the victory is one’s own the experience can range from a guilty indulgence to a searching investigation of how things managed to work out so well.  If the victory is another’s the pleasing narrative arc of challenges met and overcome offers an interesting story with a happy ending.  Failure contains lessons too, and too often we shy away from those lessons because the prospect of reviewing our own or others’ missteps is too uncomfortable, the story of challenges overcoming the challenged too grim.  The trouble with focusing on victory is that it ignores the oftentimes far more valuable lessons of failure.

The stories of Borders and The San Jose Mercury News are wonderful illustrations of the wrenching changes facing the bookseller and newspaper industries, and aptly demonstrate the difficulties of maintaining dominance in a shifting competitive environment.  These are stories of failure, but we can still profit from understanding the roots of these failures.

The story of Borders is rich in irony and full of slap-your-forehead strategic missteps (though to be fair, such things are far more clear in retrospect).  Founded in 1971 by Louis and Tom Borders who, having failed to interest existing book sellers in their system for tracking inventory and sales, decided to build a better bookseller themselves, Borders ushered in a revolution in book retailing.  By the 1990s the large format stores of Borders and competitor Barnes & Noble had proven their dominance, and the two companies had a combined 40 percent of the bookselling market.

Once it had achieved dominance, Borders embarked on an epic series of missteps:

The endgame for Borders over the last few years was ugly.  Starved of cash and saddled with long-term leases for stores that were too big and in sub-par locations, when the company finally filed for bankruptcy it was too late.  Creditors came to the conclusion that the best option for maximizing their recovery would be a total liquidation.

The industry interestingly now appears to be returning to its roots.  While Barnes & Noble remains a player, anyone who has visited one of the stores recently must have noted the changing feel of the place; it is beginning to resemble a toy store that also sells books.  Meanwhile small local stores are coming back, filling in the niches and seeking to learn from the mistakes of one of the industry’s former goliaths.

For generations the newspaper industry thrived in spite of a key fact: the source of its wealth was not the focus of its management, and certainly not the focus of its most talented employees.  Students of business history will note that such fundamental disconnects between how a company sees itself and how its customers see it is a chronic challenge of monopolists.  And make no mistake, prior to the rise of the internet newspapers were local monopolies, with all the outsized profitability and resistance to change that word implies.

Fueled by the impressive profit margins impressive margins many newspapers indulged the journalistic ambitions of their management teams by investing in expanded newsrooms.  When new services (Craigslist, Monster, eBay, etc) forced the disaggregation of news and classified ads, the industry discovered to its horror that the cost structure of its vaunted newsrooms was unsustainable.

It did not have to be this way.

Management at the San Jose Mercury News saw the future coming, and came tantalizingly close to crafting a strategy that may have allowed newspapers to not only survive, but thrive in a changing world.  The Mercury News was at the forefront in its industry in experimenting with internet initiatives in the early 90s.  Sadly an inherent conservatism and deep belief in the enduring centrality of newspapers limited innovation and as a result forfeited a brighter future.

The counterfactuals in the story of the San Jose Mercury News are compelling:

Despite an admirable effort at innovation, the San Jose Mercury News and its owner Knight Ridder clung too long to the past.  Many of the lessons learned by the Mercury News’ internet efforts could, if acted on, have given the organization a change to thrive in the changing times, rather than struggle for survival.

Unlike Borders the San Jose Mercury News is still in existence.  The company is no longer what it was in its late 90s heyday, when it chronicled the creative ferment that would soon overwhelm its industry.  But just as its survival is in some ways a success, the fact that a news organization lauded for its willingness to experiment with technology so badly failed to enact the changes that might have allowed it to thrive instead of merely survive is an indictment on those managers who, seeing change coming, fought to preserve a receding past rather than to win the oncoming future.

The advantages of size and scale are increasingly fleeting in our global and highly networked economy.  Borders and The San Jose Mercury News were dominant forces in their industries little more than a decade ago, and now one is gone and the other a shadow of its former self.  Companies that fail to embrace change and reorganize themselves accordingly will, regardless of their prior success, be swept away.  Ultimately the benefits of studying failure are that we might learn from it, and seek to prevent similar failures in our own organizations. 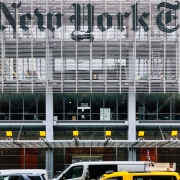 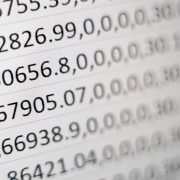