Eventually we all have to accept full and total responsibility for our actions, everything we have done, and have not done.

A noteworthy facet of the evolving municipal distress story in the U.S. has been the slow moving, inexorable nature of the challenge.  Sadly, when a crisis of the magnitude that we are facing develops along these lines it is difficult to appreciate the true scope of the challenge.  This is doubly so when the inevitable change that is coming will upset so many entrenched interests.  And of course the opaque nature of municipal finance has not helped matters.

Stepping back to review the lessons learned in recent years, a few themes become evident:

1) The Story We Told Ourselves Was Flawed

We may very well look back on the smug claims that “local governments have taxing authority and so can always raise more revenue” and “XYZ bond issue is backed by a dedicated revenue stream, which makes it safer” as we now look at Wall Street’s over-reliance on structured finance to mitigate risk, and the simple yet profoundly wrong thesis that was spread in the middle of the last decade that real estate prices could never go down nationwide.  The simple fact is that for a great many municipalities, and for a troubling number of states and territories as well, the cost of honoring liabilities is severely restricting the ability of local governments to govern effectively (i.e. provide services).

2) Municipal Risk Has Been Mispriced

The dirty secret of the municipal finance world is that risk has been massively underpriced for too long.  But at the right yield investors will take on the risk of lending to a local government that has gone through a restructuring, and it may not be very long before forward-thinking creditors start to wonder if those local governments who acknowledged their problems and acted accordingly might not in fact offer a superior risk profile, having addressed their issues.

3) The Market is Forgiving

When the conversation around municipal distress first attracted wide attention in 2011, many commentators argued that local governments would do everything in their power to avoid a chapter 9 bankruptcy filing or related restructuring in order to stay in the good graces of the capital markets.  It appears that the markets are actually far more understanding than the commentators, with Vallejo, CA, which filed for chapter 9 bankruptcy protection in 2008 having recently sold $19 million in water-revenue bonds.

4) Delaying the Inevitable Will Only Force More Pain

We are still in the early stages of a seismic shift in the municipal finance sector.  Liabilities have grown to such a point that they will not be paid in full.  This is a painful reality for all stakeholders, but that pain makes it no less true.  Hopefully the lessons of our first tentative steps toward comprehensive municipal restructuring will enable us all to act with clearer eyes and firmer convictions as we seek to position local governments to meet the needs of citizens in the years to come. 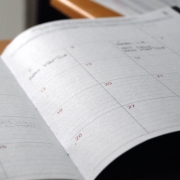 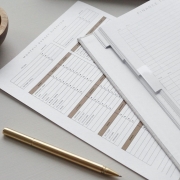