It has long been an axiom of mine that the little things are infinitely the most important.

Bitcoin exchange Mt. Gox filed for bankruptcy under Japanese law less than a week after revealing that the company had lost over $450 million in its own and its customers’ Bitcoin holdings.  While revelations of the loss of customer funds was the death blow for the company, prior allegations as well as increasing pressure from prosecutors had eroded faith in the exchange.

CEO Mark Karpless, who purchased Mt. Gox from founder Jeb McCabe in 2011, had enjoyed success as one of the foremost proponents of virtual currencies, and he led Mt. Gox to a dominant position, with the company at one point accounting for 80 percent of all Bitcoin transactions.

The broader Bitcoin community seems remarkably unshaken by the Mt. Gox situation. The price of Bitcoin stabilized shortly after revelations of the most recent fraud, and many fans of the currency are hopeful both existing bitcoin companies and new entrants to the market will take more aggressive security measures to improve the safety and reliability of the currency.

In many ways, the overriding challenge of this development for Bitcoin and other virtual currencies may be that it highlights fundamental challenges for their broader adoption.  Virtual currencies, bitcoin chief among them, have been promoted by many as friction-free mediums of exchange, superior in many ways to the currency most people rely on.  Yet the undetected theft of $450 million in bitcoin by exploiting a flaw in the currency’s code suggests that there remain considerable drawbacks to unregulated currencies supported by minimal infrastructure.  Additionally, the practice of relying on a currency’s inherent structure, as opposed to the controls built around it, has shown itself to be insufficient.

Virtual currencies are shaking things up.  Many economists scratch their heads at the phenomenon.  Law enforcement, in particular Preet Bharara, the U.S. attorney in Manhattan, continues to view mediums of exchange that simplify elicit transactions with distrust.  But despite their detractors, virtual currencies have numerous enthusiasts, and may well continue to play a role in the global economy.  For that role to grow, serious thought will need to be given toward building in additional protections for users of the currency.  For most potential users, lower transaction costs and an elegant structure are insufficient inducements to use a currency that can disappear in the blink of an eye. 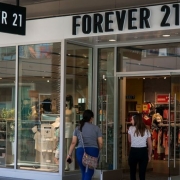 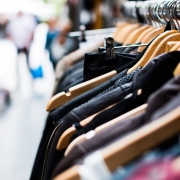