How can anybody learn anything from an artwork when the piece of art only reflects the vanity of the artist and not reality?

Fisker Automotive recently filed for chapter 11 bankruptcy protection and announced plans to sell itself to recently formed holding company Hybrid Technology, following that company’s purchase of a defaulted Fisker loan from the U.S. Energy Department.  Of the startup automakers granted loans by the Energy Department, Fisker Automotive was approved for the largest amount ($529 million).  Tesla Automotive has repaid the $465 million in loans it received.  Though it received approval for a $529 million loan, Fisker received only $192 million (the company repaid only $53 million of that total).

Co-founded by Ashton Martin designer Henrik Fisker, Fisker Automotive set out to create something beautiful and lucrative.  By all accounts the company was wildly successful at the former, and shockingly unsuccessful at the latter.

Privco Chief Executive Sam Hamadeh summed up the challenges of an aesthetically driven company with too much capital and too little discipline when he noted the Fisker was at one point spending $900,000 per vehicle produced, and then selling those vehicles for $70,000.

Hamadeh went on to note:

Fisker Automotive may well go down as the most tragic venture capital-backed debacle in recent history,” Hamadeh said in a statement. “The sheer scale of investment capital and government loan money — over $1.3 billion in all — was squandered so rapidly and with so little to show for it that the wreckage is breathtaking. Bankruptcy will be the end of Fisker, but for the taxpayers, venture capital firms, individual investors, and Fisker’s suppliers, it will all be too little too late.

The writing has been on the wall for some time regarding Fisker.  The company laid off 75% of its staff in April as it sought to preserve its dwindling cash and assess its options.  At the time of its announcement, Fisker, which had raised an estimated $1.3 billion from investors, had cash on hand of less than $30 million.

In the end, the company failed to produce the most beautiful of all outcomes for investors: a return. 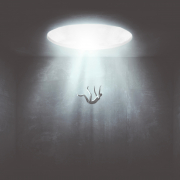 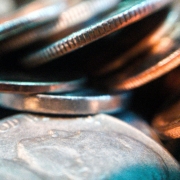