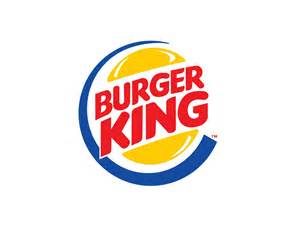 For years, Burger King was the sick man of the quick service restaurant industry.  A perennial laggard to McDonald’s in scale, the company was also widely seen as hamstrung by poor execution, a revolving door of leadership (Joe Nocera noted in 2012 that the company had had 13 chief executives in the prior 25 years) and an unclear strategic vision.

The company’s purchase for $1.5 billion by a private equity consortium of Bain Capital, Goldman Sachs and TPG in 2002 marked a brief resurgence, but when private equity firm 3G, acquired the company in 2010 (for $3.3 billion), Burger King was still seen as a troubled operator.

What a difference focused ownership can make.  Burger is now setting a grueling pace that its fellow quick service restaurant competitors are being pressured by Wall Street to match.

3G’s playbook has been heavy on the fundamentals, and laser focused on solid execution.

This approach is simple, but not easy.  The focus and clarity of vision that 3G seems to have infused into Burger King is generating excitement on Wall Street, while driving competitors (in particular McDonald’s, Wendy’s and Yum! Brands) to adopt similar approaches.

The example of Burger King highlights the value potential of an outside perspective paired with a simple yet audacious strategic plan.  In a market awash in capital, private equity firms will increasingly seek to execute value creation strategies premised not on simple financial engineering but on re-envisioning their portfolio companies, as 3G has done with Burger King.

David Johnson is the founder of Abraxas Group, a boutique advisory firm focused on providing transformational leadership to companies in transition.  David has served as advisor or interim manager on over $5 Billion of distressed transactions, and is a recognized expert on the topics of value creation, change management, performance improvement, turnaround, and restructuring.  He can be contacted at david@abraxasgp.com or 312-505-7238.